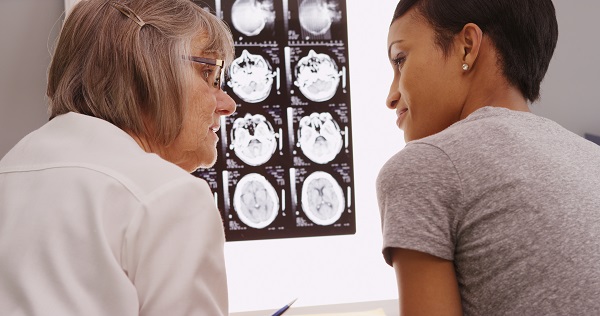 Traumatic brain injuries (TBIs) can be open and penetrating like when a foreign object or bone fragments pierce the brain, or they can be closed with no objective signs of any head injury whatsoever. They’re often categorized as being mild like a concussion, moderate or severe by assessing the victim’s level of consciousness and neurologic functioning through the Glasgow Coma Scale. However, the classification term, “Mild”, can be misleading.  Many times an injury that is classified as “mild” can have devastating and life altering changes for the victim.  A mild brain injury can involve loss of consciousness or disorientation for less than 30 minutes, or there could be no loss of consciousness at all. Symptoms of a moderate TBI generally last longer and get worse with time. A severe brain injury involves loss of consciousness for more than 30 minutes and memory loss for more than 24 hours.

What You Should Know About TBI’s

According to the Centers for Disease Control and Prevention, an estimated 1.7 million people are treated for TBI’s every year. Most are treated in emergency rooms and released, but about 52,000 of them die, and 275,000 of them are hospitalized. Caution should be taken with any head injury because even a little headache might be a sign that you’ve suffered a TBI.

Most TBIs resolve within one to six weeks, but 15-20 percentage of “mild” cases can have long-term consequences.  Regardless of whether the brain injury is classified as mild, moderate or severe, the brain injury can be devastating. Those who suffer severe TBIs can require therapy for extended periods of time. Cognitive functions, movement of the extremities and speech can be significantly impaired, while at the same time, profound emotional issues might arise.

Most TBI recoveries take place within two years of the date of the injury. It was reported by the National Institute of Neurological Disorders and Stroke that traumatic brain injuries can lead to epilepsy, Parkinson’s disease and Alzheimer’s disease along with other brain disorders that are ordinarily attributable to age. Even repeated mild TBIs occurring over a period of months or years can cause permanent neurological and cognitive issues. If those TBIs are scattered over a short period of time, their result can be permanently debilitating or even fatal.

How well a victim might recover from a TBI depends primarily on the nature and extent of the injury coupled with his or her general health. Age is a significant factor in both recoveries and fatalities.

TBIs should be taken very seriously. They can adversely affect a victim for the rest of his or her life. If you or somebody close to you suffered a traumatic brain injury as a result of the carelessness or negligence of somebody else, you should seek the advice and counsel of the Bonneau Law Firm right away. We provide thorough, aggressive and effective legal representation to victims of many different types of TBI claims. You don’t need to have a penny with you to hire us on any TBI case. That’s because we don’t get paid until we’ve obtained compensation for you. Contact us as soon as you can after any accident for a free consultation and case evaluation.