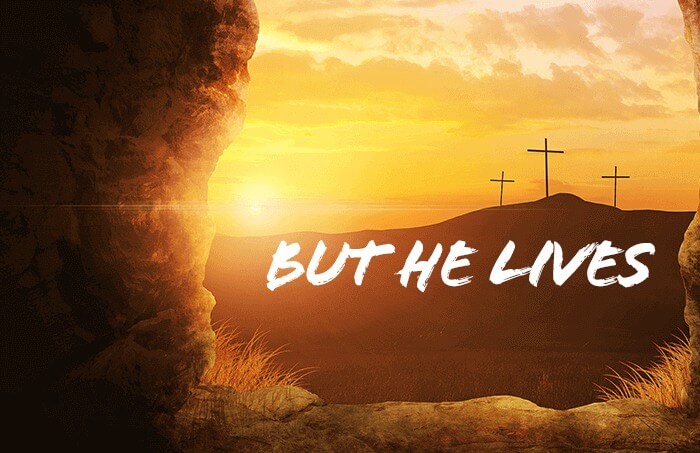 “The tomb where soldiers watched in vain, was borrowed for three days.  His body there would not remain, our God has robbed the grave” – Elevation Worship

We are celebrating Easter and Jesus rising from the dead, defeating Satan and ascending into heaven to prepare a place for us.  How exciting!! I was reminded of a story Jesus told, that punctuates the Easter story, and gives us supporting facts that we will one day be resurrected.  It comes from Mathew 22: 23-32.

(NLT) “That same day Jesus was approached by some Sadducees – (religious leaders who say there is no resurrection from the dead).  They posed this question: Teacher, Moses said ‘if a man dies without children, his brother should marry the widow and have a child who will carry on the brothers name.  Well, suppose there were seven brothers. The oldest one married and then died without children, so his brother married the widow. But the second brother also died, and the third brother married her.  This continued with all seven of them. Last of all, the woman died. So tell us, whose wife will she be in the resurrection? For all seven were married to her.”

[Now the next verses 29-33 are written so well in the Message translation, let me show that to you here.  It’s too fun not to read the rest of this in that translation]:

(MSG) “Jesus answered, “you’re off base on two counts:  You don’t know your bibles, and you don’t know how God works.  At the resurrection we’re beyond marriage. “As with the angels, all our ecstasies and intimacies then will be with God” And regarding your speculation on whether the dead are raised or not, don’t you read your bibles?

(Here comes the Key Verse) “The grammar is clear: God says, ‘I am—not I was— the God of Abraham, the God of Isaak, the God of Jacob.  The living God defines himself not as the God of dead men, but of the living.”  — Jesus

1. Your problem is you don’t know your bible.

I have seen Christians say they only believe some of the bible, or believe that some of the bible is not reliable because men wrote it a long time ago etc. etc.  Others never really read the bible themselves, but just listen to others talk about the bible and cherry pick scriptures to hang up in their house. But, when the bible goes beyond their experience, or goes beyond their comfort zone, they bail. These people may very well be people that have professed Jesus as their lord, and technically are “Christians” who are saved and going to heaven one day.

It is your responsibility to read the bible.  God wants to speak directly to you.  You cannot depend on some one else’s relationship with God…., and their ability to communicate it accurately to you.  Daily interaction in God’s word is necessary to understand God and his power, and specifically…..the resurrection and heaven.

2. Jesus makes it clear, the dead will rise. (and those that have died are currently alive)

b. In verse 32 -He then speaks of God as:“…the God of the living…” by referring to people who died before us. ‘I am—not I was— the God of Abraham, the God of Isaak, the God of Jacob.

In this case, it’s important to look at the context.  We have some yahoos (Sadducees), trying to further their agenda of believing that no resurrection exists.  They then ask a question to Jesus using the most asinine ridiculous “worst case scenario” question, in an attempt to show inconsistency in Jesus teaching.  (Does that sound familiar with various political debates we read on social media and at political debates today??….)

I had a friend who did not believe in heaven.  She was a believer. She had spiritual intuition that sometimes was higher than mine, and she often felt the presence of God even when I did not.  Her relationship with God was real. But she could not comprehend a life after death in a paradise called heaven. And this caused her misery. Her misery could have been avoided if she was able to accept what Jesus said, as truth. Namely, that Jesus himself said that the dead will rise, and that  Jesus went further to say that when we get to heaven, God is going to be in charge of our ecstasies and intimacies. It WILL be a paradise. Without getting too graphic, I can only say that I am waiting with anticipation to “feel” what God has for me.