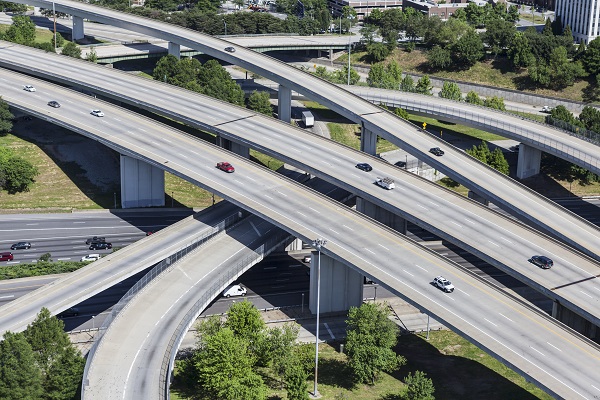 The elevated highway on the Eastern boundary of Dallas, known to locals as Highway 345, was built more than 40 years ago. While it was a marvel of engineering at the time, it no longer has the same value and structural integrity as it once did. Additionally, there have been a number of changes to the city of Dallas in the last four decades, including a significant level of population growth. The end of the structural lifespan of Hwy 345 is nearing, but the arguments as to whether to shore it up or tear it down continue.

There are many who believe it would be a good idea to remove Hwy 345. Because it is an elevated highway, it can be harder to repair and maintain than a surface level road. That raises the danger for people who drive on it, and for those who move underneath it, as well. Another concern is the price of maintenance, since elevating a roadway and then keeping up with that roadway costs a great deal. That is especially true as the structure ages. With the increasing population of Dallas and the number of cars using the roadway every day, maintenance costs and safety issues are rising.

What About Keeping the Highway?

Those who believe in keeping the highway want to see maintenance and improvements that will allow Hwy 345 to remain a fixture in Dallas for a long time to come. Many people who have grown up in and around the area are used to seeing the roadway and commuting on it. They have fond memories of it, and it has become a part of the skyline for people who live close to it. It’s a part of Dallas’ past, and they also want it to remain a part of Dallas’ future. However, that has to be done safely, and it has to make sense when it comes to how the daily traffic flow is handled – and potentially improved.

What To Do If You Have Been Injured on Dallas Roads

No matter how much you may like the roadways in Dallas and the nostalgia that some of them may bring, there is always the risk of injury anytime you are behind the wheel and sharing the road with other drivers. Whether Hwy 345 is torn down or improved, there will always be the chance of accidents on it because people can and do make mistakes. The only way to avoid the risk is to stay off the roadways, and that is not realistic for the vast majority of people in the Dallas area who need to commute to work, school, the grocery store, and other places.

If you have been injured in an auto accident on Highway 345 or other roads in the local area, contact The Bonneau Law Firm today. You do not have to deal with your injuries alone, or fight the insurance companies without assistance.