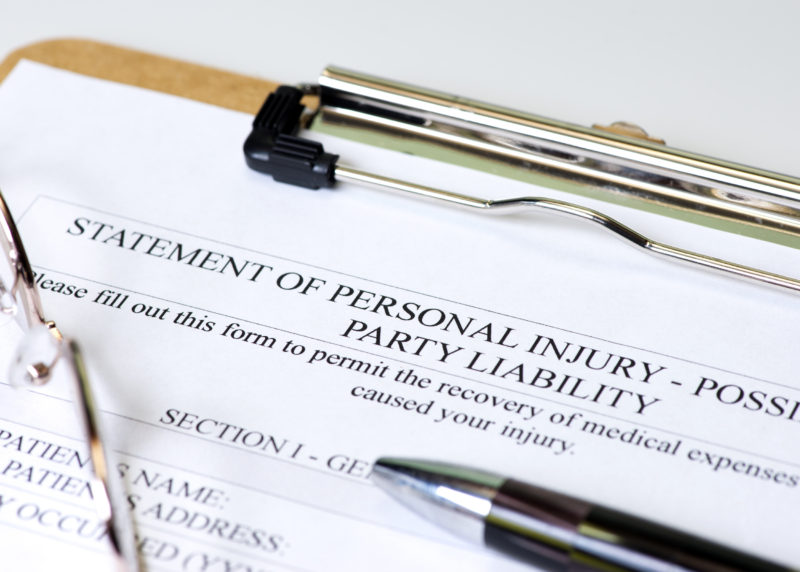 A serious injury changes your life, perhaps forever. In a personal injury case, the victim was not at fault – or only partly at fault – in an accident. Personal injury cases are civil, not criminal, so they may result in monetary awards but no incarceration for the defendant. If you or a loved one has suffered an injury, you need the services of an experienced personal injury attorney. Call the Bonneau Law Firm today at (972) 325-1100 for a free consultation. We will review your case and advise you of your options.

18 Wheel vehicles account for a disproportionate amount of fatalities and injuries in Texas, and there are more such accidents here than in any other state. There were 23,623 crashes involving tractor trailers in Texas in 2015, including 428 fatalities and 810 incapacitating injuries. When a passenger car or smaller truck comes into contact with a semi truck, the results for occupants of the automobile or pick-up are often catastrophic. Drivers of 18 wheelers may become distracted or even drive under the influence of drugs or alcohol, but there are also factors involving the cargo and/or maintenance that often contribute to the crash.

Texas has the dubious distinction of having one of the highest drunken driver fatality rates in the nation. In 2015, there were 861 fatal crashes involving drunken drivers, with 960 people killed. Even more passengers or drivers are incapacitated in DUI crashes. That year, 1,610 crashes resulted in incapacitating injuries, with a total of 2,187 people seriously injured. Another 5,664 individuals suffered non-capacitating injuries from a DUI crash, and 6,149 experienced “possible” injuries resulting from a DUI crash.

In 2015, there were 459 motorcyclists – operators and passengers – killed in Texas. Motorcycles are often difficult for automobile or truck drivers to see, and a motorcycle offers little protection for the motorcyclist.

51 cyclists lost their lives in Texas in 2015. Cyclists have no protection from an automobile’s impact, so the consequences are often fatal or severe injuries. Drivers are often unaware of road safety regarding bicycles.

In 2015, 550 pedestrians were killed on Texas roadways. People on foot have nothing to protect them from impact with a vehicle.

Traumatic brain injuries (TBIs) are leading causes of disability. TBIs occur from a blow to the head. They may result in the victim entering a coma or a permanent semi-vegetative state. Few people recover fully from a severe TBI, and those that do recover to some degree require months and years of intense therapy. A TBI affects both mental and physical processes.

Concussions are a less severe but still serious form of TBI. Injury victims may suffer from post-concussion syndrome, a condition leading to behavioral and long-term physical changes.

Severe back and neck injuries can lead to permanent impairment and constant pain. Not only is mobility affected, but victims often can no longer care for themselves. Besides the actual breaking of bones in the back or neck, such injuries may include:

Not long ago, convicted murderers were put to death in the “electric chair.” The electric current would fatally damage the brain and other organs. Electrocution is a common work-related accident. People who are accidentally electrocuted but survive usually suffer long-term consequences.

Many burn victims do not survive their injuries. Those who do survive undergo long, painful treatments and rehabilitation. Burn victims are often disfigured and require extensive plastic surgery. Every aspect of their lives is affected – physical, mental and emotional. Such injuries incur extremely high medical bills.

Wrongful death is a death which results from carelessness or negligence of another. While many such deaths result from motor vehicle accidents, they can occur in any situation.
These include:

Slip and Fall is the most common sort of premises liability lawsuit, resulting in an injury to a visitor because of the property owner’s failure to prevent a dangerous condition. That may include poor lighting, uneven flooring or similar hazards. Slip and fall accidents occurring on government properties fall under different rules than those on private and commercial sites.

Negligent security is when property owners are required to keep their properties as safe as possible, to the best of their abilities. If a crime is committed on a property, the victim or the victim’s family may receive compensation against the owner if measures preventing the attack could have been taken. For example, little or no lighting in a public area may have offered an opportunity for the criminal and no protection for the victim. The same holds true for commercial buildings lacking surveillance cameras. The victim has the right to claim that the crime may not have happened had security been adequate.

Patients in nursing homes are entitled to a certain standard of care. If abuse occurs, whether it is physical or emotional maltreatment, the owner of the nursing home may be liable. Because nursing home patients are usually frail and/or have limited mobility, nursing home operators must maintain a safe environment for their residents.

Texas requires a high standard of care for property owners. That includes protecting visitors, employees or customers from possible sexual assault. Backgrounds checks on employees and tenants, surveillance cameras and adequate lighting and security are just a few measures property owners can take to avoid having criminals on the premises.

Canine attacks may be related to premises liability if the attack occurred on the owner’s property or if the owner on whose property the incident took place was negligent in not removing the animal. Texas has a one-bite rule, so if a dog is known to have previously bitten, anyone keeping the dog on their property is as liable as the owner.