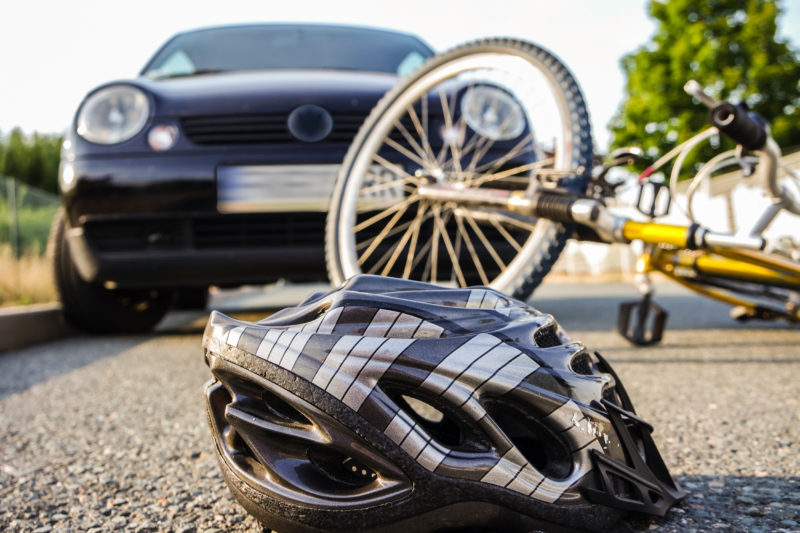 Riding a bicycle is good exercise and an energy-efficient way to travel. However, there’s a downside to this common pastime. When a motor vehicle hits a bicyclist, the result is usually devastating. If the cyclist is not killed, he or she may suffer severe, and possibly permanent, injuries. Even if the cyclist suffers only minor injuries, that may still mean considerable time off work. Common injuries sustained after a bicycle accident include:

Such injuries may result in the cyclist unable to work or to return to the type of job he or she formerly held. The person may require extensive, expensive rehabilitation and treatment. An experienced Dallas-Fort Worth bicycle accident lawyer can help you receive the compensation you deserve after such a life-altering catastrophe.

Statistics on Bicycle Accidents in Dallas- Fort Worth

Fifty-one cyclists lost their lives in Texas in 2015. Some of them may have lived if they were wearing a bike helmet. Bike helmets are not mandatory under Texas law, but wearing one while cycling helps protect your most precious asset – your brain. Dallas formerly had a mandatory bike helmet law for adults, but in 2014 the law was relaxed so that only cyclists aged 17 and under was required to wear helmets. The city council encourages all cyclists to wear a helmet, but it’s now a matter of choice. Fort Worth has a similar regulation making helmets mandatory only for teenaged cyclists.

Common causes of bicycle accidents in the area include:

Of course, not all bicycle accidents are the fault of the motorist. A car may strike a cyclist riding against traffic, which is against the law. If cyclists ride on roads with “No Biking” signs posted, they are breaking the law. Cyclists must comply with all traffic rules, and know the proper hand signals for turning and stopping. If riding at night, the bike must have a reflector on the rear and a headlamp on the front. Your attorney will let you know which laws a car involved in the incident was breaking, and which laws you may have broken. The attorney collects evidence – such as police and eyewitness reports, photos and/or videos of the scene and results of medical examinations – to prove the other party’s negligence.

Filing a Claim After a Bicycle Accident

If you were badly injured in a bicycle accident, it is likely that an ambulance took you to the emergency room. If you felt at the time you had few or minor injuries, you may have decided against seeing a doctor. That’s a mistake. It is important to see a doctor as soon as possible after an accident for an examination. Some injuries may not become evident for 24 hours or more after the impact. You need medical documentation to file an injury claim, and it is important that the examination takes place promptly after the accident. If you wait to see a doctor, the insurance company may claim you received the injuries from an unrelated mishap.

Texas law has a comparative fault rule, and both the cyclist and the driver may be partially at fault for the accident. As long as the cyclist’s fault did not exceed more than 50 percent of the reasons for the collision, the cyclist may still receive compensation. Determining the percentage of fault lies with the insurance companies, but it is possible to contest their determination. Doing so requires strong documentation.

If the cyclist died from his or her injuries, survivors may file a wrongful death suit. The suit may focus not only on the fault of a motorist involved but also on any defects in the bicycle or bike helmet that may have caused or contributed to the fatality. If a roadway issue contributed to the crash, an attorney can hire a transportation engineer to examine the site to determine whether safety standards were met.

Damages from a Bicycle Accident

Bicycle accident damages may include the easily computed, such as lost income, along with compensation for more intangible and not as readily determined damages. Examples of both include:

If you were the victim of a hit-and-run driver who is never identified, you still may receive some compensation from the Personal Injury Protection (PIP) insurance carried on your automobile coverage. This PIP insurance is listed on your policy, but you must be named specifically to have coverage. Your attorney can help you with this and other insurance coverage to help you receive compensation.

If you or a loved one has been injured in a bicycle accident, you need the services of an experienced bicycle accident attorney. Call The Bonneau Law Firm at (972) 325-1100 for a free consultation and advice on your options.