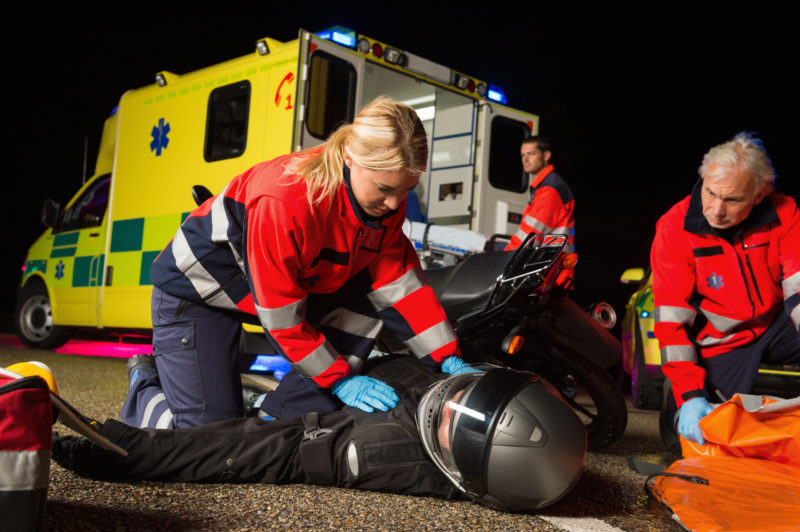 Riding a motorcycle can feel like a liberating experience, but it too often proves a dangerous or deadly one. Motorcyclists lack the protective shell surrounding them of car or truck drivers and are especially vulnerable to death or serious injury in a crash. Even a collision at relatively low speed can result in life-threatening injuries – the same accident in a car might bend a fender.

Drivers often don’t pay attention to or are unaware of the presence of motorcyclists, with calamitous results. A Dallas-Fort Worth motorcycle accident lawyer familiar with all aspects of motorcycle injuries can help someone hurt in a motorcycle crash receive compensation.

Statistics on Motorcycle Accidents in Dallas-Fort Worth

Motorcycle accidents can also result from defects in the vehicle, or a defect in the car that hit the motorcycle. Poor road conditions make motorcycles more vulnerable to crashes than cars and trucks traveling on the same pavement. It is possible that a municipality may be held liable for the accident, especially if the local government knew the area was hazardous and failed to take measures to improve conditions or warn drivers of the risk via signage.

Of course, motorcycle accidents are not always the fault of the car or truck driver involved in the crash or outside influences. The motorcyclist may be found partially or wholly at fault if they were speeding, drinking, under the influence of drugs or otherwise driving recklessly.

According to the National Highway Traffic Safety Administration, the most common injuries resulting from a motorcycle crash, in order, are:

If a motorcyclist or passenger was not wearing proper safety attire at the time of the crash, the insurance company’s attorney may argue they were partially responsible for the severity of their injuries. For example, there’s a reason motorcycle boots attach snugly. A motorcyclist wearing any slip-on footwear is more likely to suffer a serious foot injury.

Filing a Claim After a Motorcycle Accident If a person injured in a motorcycle accident was not at fault and the insurance company does not offer an acceptable settlement, he or she must file a lawsuit against the responsible party within two years of the date of the accident.

Under Texas law, helmets are required for all motorcyclists under the age of 2. Motorcyclists over the age of 21 are not required to wear a helmet only “if they have completed a safety course or are covered by an applicable insurance plan,” according to the Texas Department of Transportation. If an injured motorcyclist was not wearing a helmet and did not meet those criteria, it could affect the claim.

In some instances, the driver causing the accident is charged with a felony. This all depends upon the circumstances of the crash and the decision to charge a driver criminally rests with the local police and district attorney. If the driver is found guilty, this may aid the finding of fault for a civil suit.

Damages from a Motorcycle Accident

Damages received from a motorcycle accident case may include:

In the event the motorcyclist was killed in the accident, his or her survivor’s may file a survival damages claim and receive many of the same damages. This is not the same as a wrongful death suit, which is also a possibility depending on the circumstances.

If the vehicle that hit you left the scene and is never identified, you may still receive compensation from your own insurance company through its uninsured motorist provision. Your insurance’s Personal Injury Protection (PIP) should pay for your medical expenses. An experienced motorcycle accident attorney can help you get the compensation you deserve in these difficult circumstances.

If you or a loved one has suffered a motorcycle accident, contact The Bonneau Law Firm at (972) 325-1100 for a free consultation and review of your options.