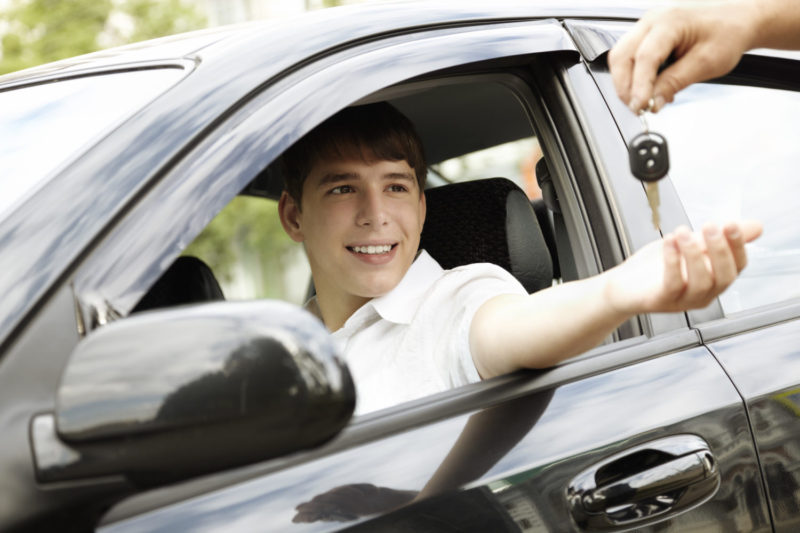 Parents do a lot of work raising their kids from infants to young adults, and in that progression comes the age-old practice of teaching them how to drive. It’s a pretty amazing thing that in a short 15 years a child can go from being a helpless infant to a young person in control of a moving vehicle capable of highways speeds. So, no surprise, most parents focus on driving skill and safety. However, they should also focus on legal knowledge as well.

As drivers, we all become aware of the rules of the road and liabilities we are potentially responsible for as drivers. However, that is clearly not a topic teenagers study on their own and a topic that many parents fail to mention during those first driving lessons. As a result, most teen drivers end up learning the legalities of driving the hard way. And in today’s digital age, those rules are even more complicated than they were for a previous generation.

A clearly common problem comes in the form of distracted driving with digital devices. Prior to cell phones, the main distraction most parents were afraid of was too many friends in the car and the teen doing dumb things with those peers. Today, the fear has morphed to the addiction of monitoring the phone while driving, literally missing what’s happening in front of the car. Legally this is a huge issue fraught with both civil and criminal risks. Drivers who are responsible for accidents while using a digital device can face felony charges in a number of states, in addition to civil liabilities for the damage caused. Further, one split-second texting or looking at a phone could mean the difference between nothing and a horrible accident where someone gets killed. Drivers found responsible for such accidents often face criminal charges for manslaughter among others felonies.

Parents Cleaning Up Their Own Act

Do as I say and not as I do is probably a major wake-up call for many parents teaching their teens how to drive. For years, their children have watched them make mistakes and fudge driving rules left and right. Now, teaching those same kids how to drive right, many parents find themselves having to back-pedal and explain their past behavior. Parents still need be clear to their kids what bad driving is and what to avoid. Avoiding that discussion because past personal behavior could mean a teen is going off and getting into a bad situation out of ignorance.

The Justice System Tends to be Unsympathetic

Teens also need to be taught that the court system has very little tolerance for driving mistakes, especially those that cause harm to people and property and could have been avoided by common sense. Granted, teens aren’t necessarily famous for retaining good thinking generally, but with driving it is critical they understand driving a car is not fun and games. A simple mistake can change a life permanently, very specifically their own.

And, despite all the training provided, parents need to be prepared that accidents can happen. Being brand new drivers, the probabilities are high in the first few years of a mistake when operating a car. In this regard, it’s always a good idea to have a good legal resource ready if needed, beyond just car insurance. Prevention is always the best choice, and that includes planning for contingencies as well.